Maybe it’s because I grew up in Nova Scotia, one of Canada’s Maritime provinces, but I love a good bowl of fish chowder. While there are a few restaurants that do a good job, many serve up “approximations” that are thickened with flour and lack real taste.

A good chowder starts with quality fish; milder whitefish like haddock or cod are the best choices.

Here’s a version I came up with that allows me to enjoy this dish without the extra calories, carbohydrates and saturated fat that traditional chowders contain. Plus, it’s loaded with quality protein. 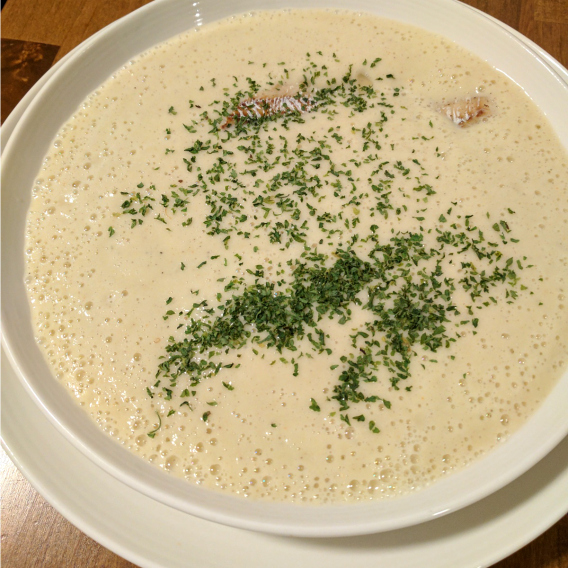 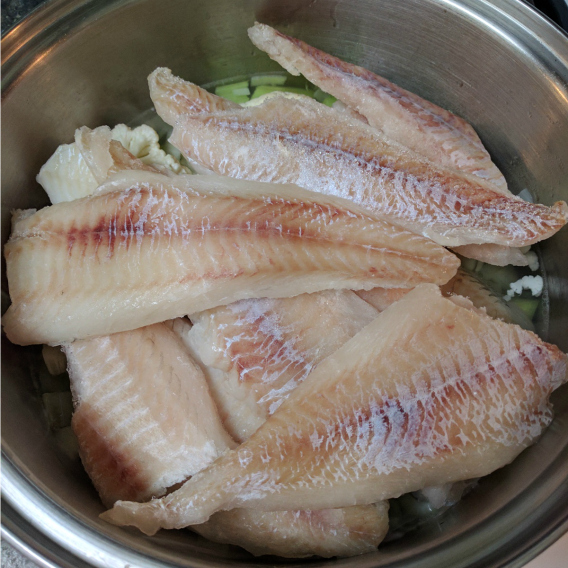 This soup is even better when served the next day, as the flavours meld together. It’s easily reheated.

PS: I don’t mean to demonize traditional chowders that contain butter, cream and potatoes. They’re truly the best. But this version I can enjoy more often as it fits within my dietary requirements of being high in protein, low in carbs, while still containing “good” fats.

PPS: I’ve been buying my fish from Fisherfolk in Toronto. They have excellent line-caught fish from Nova Scotia in addition to their other Canadian offerings. They have a retail store near the StrengthBox gym that’s open Thursday to Saturday, and you’ll also find them at the Brickworks and Wychwood markets in Toronto. If you’re in Toronto, I hope you’ll give them a try!

Super Bowl snacks are as much a part of the annual event as the football game itself. But those snacks can be calorie-bombs…laden with sugar and fat.

(I didn’t have chicken wings on hand when I made this, but I had some drumsticks…they’ll do just as well!)

First, mix together a dry seasoning mix. I make a large batch at a time, because I like to have something pre-made that I can use for a dry rub when grilling poultry and meats. Making dry-rubs and seasonings yourself is a great idea as you know exactly what’s in the end product — no fillers, MSG, preservatives, gluten, etc.

Combine all the above (I use a mini food processor). The result will keep in an air-tight jar or container for later use. 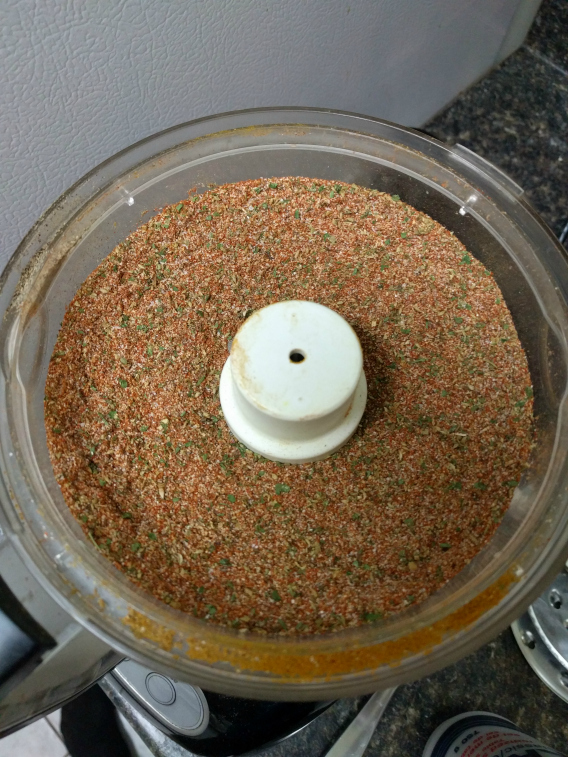 For the chicken, you’ll need only the following (plus a hot oven, a rack and a baking sheet): 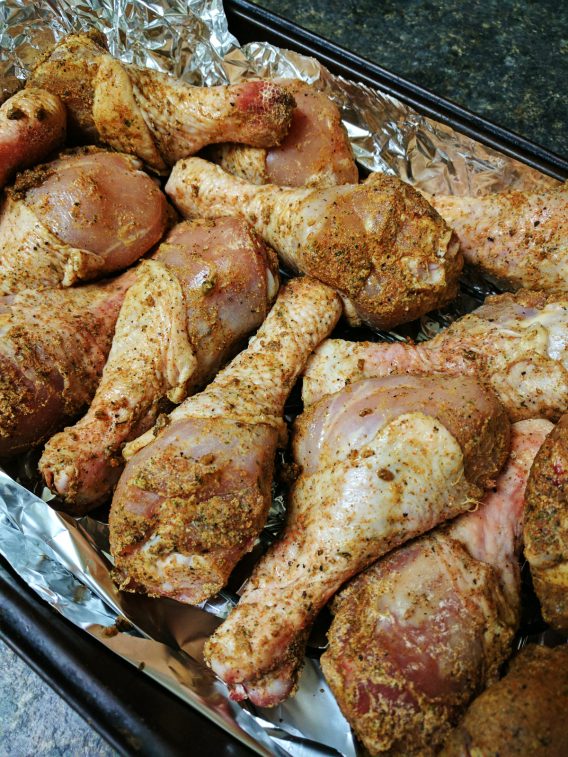 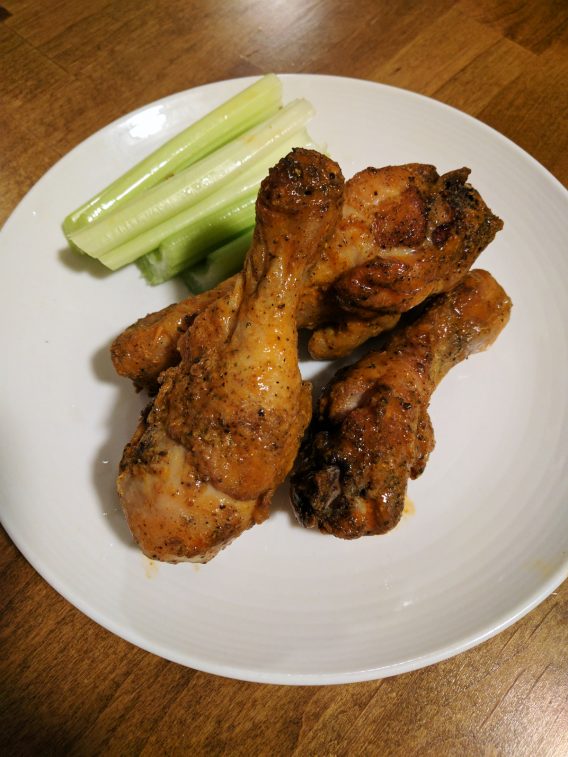